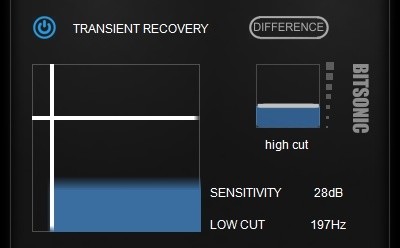 In acoustics and audio, a transient is a high amplitude, short-duration

musical sounds, noises or speech. It can sometimes contain a high

degree of non-periodic components and a higher magnitude of high

frequencies than the harmonic content of that sound. Transients do not

necessarily directly depend on the frequency of the tone they initiate. Which

is better? If the sound has high/great transients or not? Usually,

it's better if the tone has trainsents. For example with the kick it's

important for the sound to not only chug in deep frequency, but

also slap. If the sound doesn't have enough transient, there are some

ways to correct the sound. The first is to mix the original sound with

a short-term high frequency sound. The second way is to higher the

first note for a little time. The first part of the violent plugin

series works with the latter.

Save this product for later